As the sun sets on 2018, we look back on the year in Cuba. It has been a significant one. Miguel Diaz-Canel became the first non-Castro president in nearly 60 years. There was some notable hotel construction, heavy rain from a nearby hurricane, and Cubans were finally able to access internet on their mobile phones. Here is a quick glimpse of what we saw.

Raul Castro handed over the Cuban Presidency to 58 year old Miguel Diaz-Canel. While Cuba remains a single party autocracy, this change ended nearly 60 years of Castro rule on the island. A new constitution has been drafted which gives greater rights to private property, and eliminates the rhetoric about the aims of building a communist society. In what seems like a shift towards democracy, the draft constitution will go to the vote in a public referendum in early 2019. 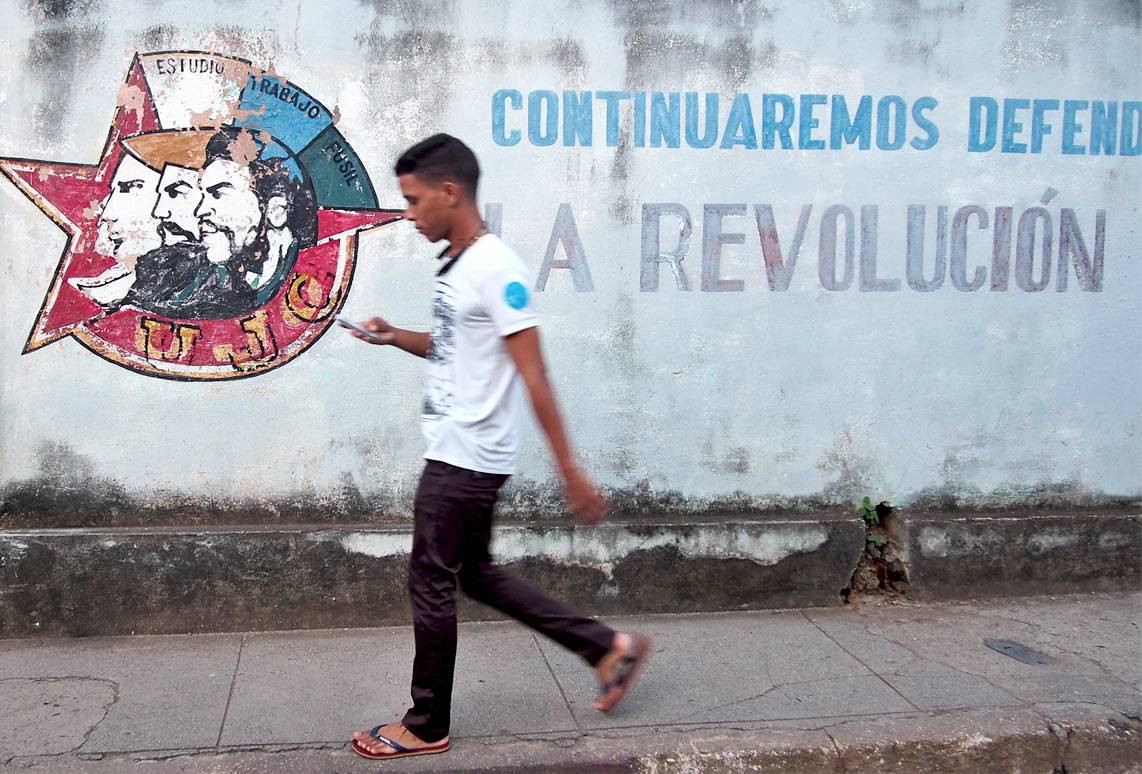 The Revolution continues... with a new President and now with 3G mobile internet! Photo by Chris Pavlich.

Earlier this month Cubans began accessing internet via a 3G mobile internet service. It’s been a long time coming with such a service almost ubiquitous elsewhere on the planet. The 5.3 million Cubans (out of 11 million) who own a mobile phone are welcoming the change despite the cost of around $10 per Gigabyte of data - a significant cost considering 60 percent of the population lives on $100 or less per month.

Cuba's level of internet connectivity is known to be among the lowest in the world. US policy towards Cuba is partly to blame as there is no internet cable running from the US to Cuba. Cuba is connected via a lengthy underwater cable from Venezuela and a satellite rented from a Luxembourg private company. Some help eventually came in 2015 from the US with President Obama allowing U.S. businesses to invest in Cuba’s telecom sector. Shortly afterwards wifi hot spots were opened across the island. Cuba now has over 700 of them in plazas, public spaces, and hotels. Google then helped by installing some of it’s own servers in Cuba to increase access speeds to it’s service. 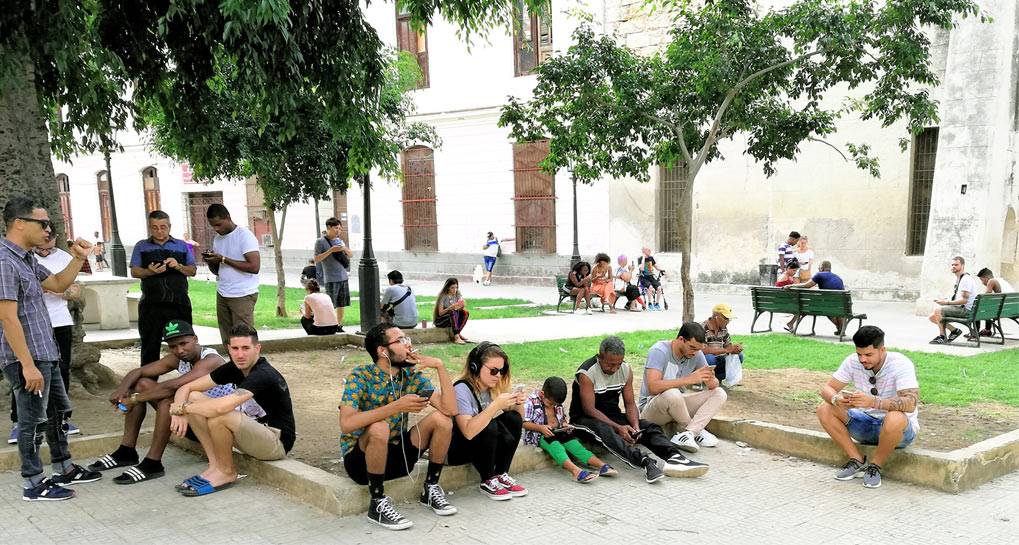 Earlier this year the government paused the approval of new licenses in some private business categories. This month the government recommenced issuing these licenses. Furthermore, after public consultation, the limit of one license per person was eliminated. This allows individual Cuban entrepreneurs to hold more than one self employment license - for example a shoe repair business and a beauty salon. The limit of 50 seats in a private restaurant was also scrapped, meaning that if the floor space allows for it, a restaurant can host more than 50 patrons at one time, while at the same owner can run a concurrent manicure business.

Self-employment in Cuba has continued to expand. In 2010 there were about 150,000 people with their own business. Now that number is nearly 600,000, which represents about 13% of jobs in Cuba.

With Cuba increasing it’s push for foreign investment in its hotel industry, 2018 saw plenty of construction activity and planning in partnership with foreign investors. The big movers and shakers were the Spanish hotel chains Melia and Iberostar. The Melia chain increased its number of rooms in Cuba to over 14,000 in a total of 34 hotels across the island. Hotel building was not restricted to beach resorts with high profile luxury hotels being built in Havana such as the Hotel Packard and the Prado and Malecon. More hotel construction is planned for 2019 in Havana as well as renovation of old hotels including the iconic waterfront Mafia built hotel - the Habana Riviera. 75% of the hotel rooms in Cuba are managed under a foreign investment contract. 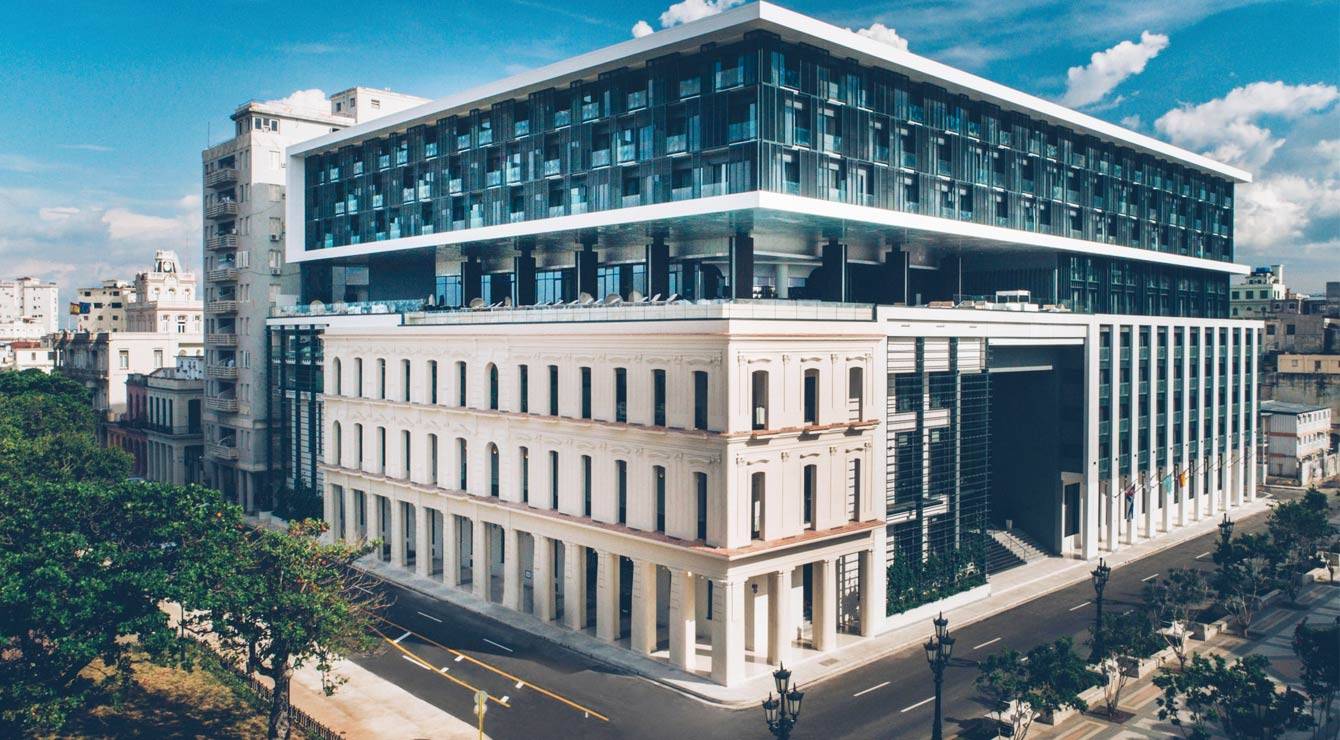 Located on the Prado boulevard in Havana, the 321 room Iberostar Packard fishished construction and opened its rather large doors in 2018.

Once again the United Nations voted overwhelmingly (189 votes to 2) to condemn the U.S. embargo against Cuba. The vote at the UN General Assembly meeting happens every year and the result is always the same - with only the U.S. itself and countries critically dependent on the U.S. voting to support the embargo. This year the U.S. and Israel voted in support of the embargo and Moldova and Ukraine did not vote. The resolution is unenforceable, but it reflects world opinion for the last 27 years that the US embargo, imposed on Cuba since 1960, is unconscionable.

This year Cuba escaped severe hurricane damage after last year being severely impacted by Hurricane Irma - the strongest storm on record to exist in the open Atlantic region which destroyed hotels along Cuba’s north coast and caused major flooding from storm surge in Havana. Nevertheless serious flooding was experienced in Central Cuba from tropical storm Alberto - which killed ten people, damaged houses, roads, and crops, and even caused an oil spill in Cienfuegos Bay - and in Havana and Western Cuba from Hurricane Michael - which skirted the Western tip of Cuba before heading north to become the strongest hurricane to ever strike the Gulf Coast of Florida. 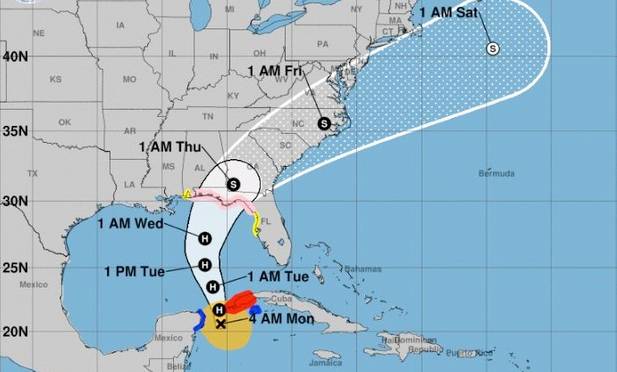 Hurricane Michael just missed the Western tip of Cuba however it caused significant flooding in Western parts of the island.

We look forward to 2019 with renewed energy and optimism, with a promise to continue offering and improving on our travel experiences in Cuba, and to look after the hardworking and dedicated people who make it possible. Thanks again for your support. We wish you a peaceful and joyous holiday period. 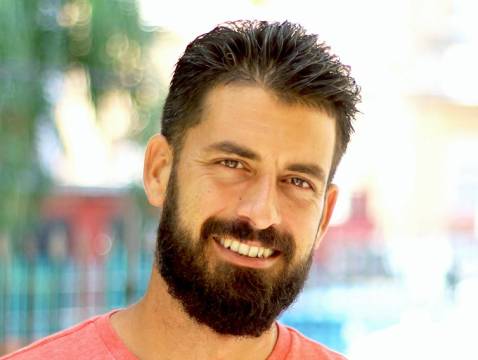 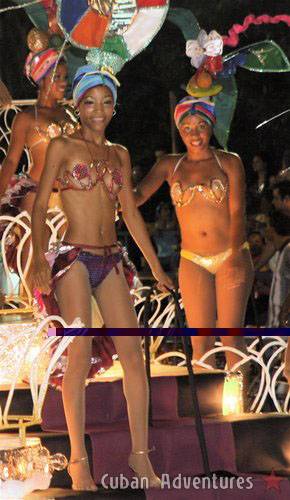 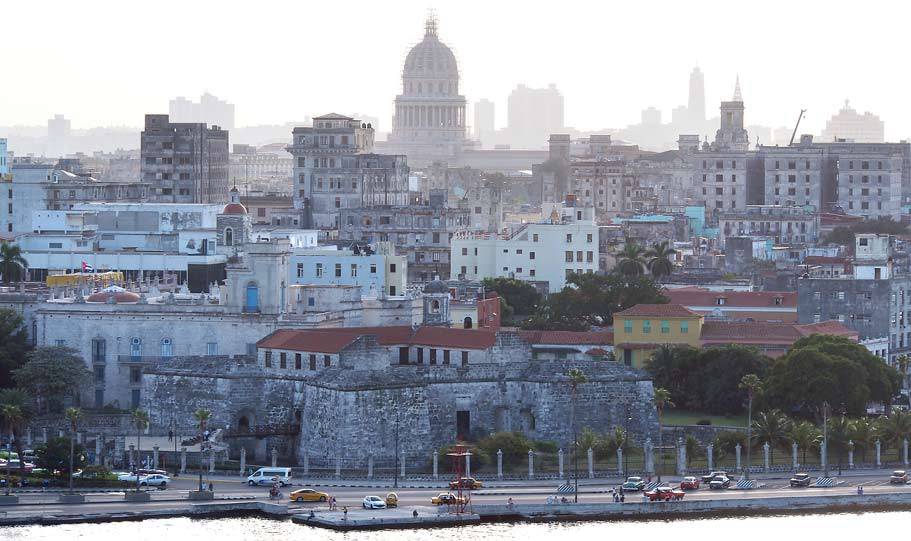 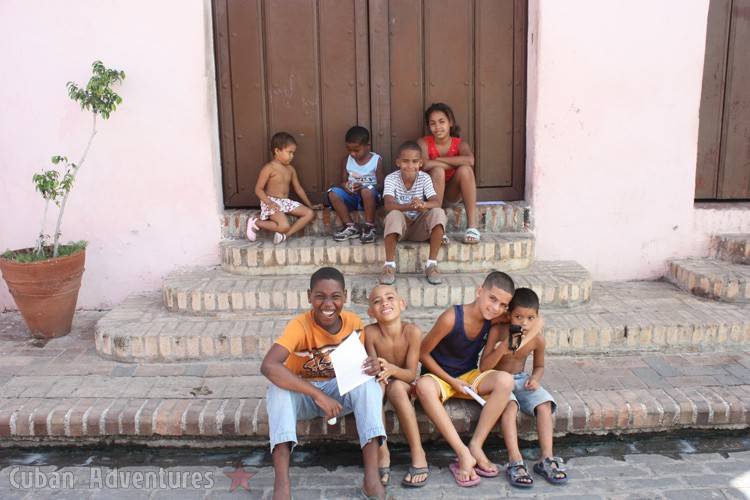